Does your business depend on your van / fleet of vans?

Wonder where you stand with Diesel?

It’s no surprise, It doesn’t seem that long ago Diesel engines were praised for their:

But with the ever increasing need to clean up the air, and the onslaught of electric vehicles, Government and public demand are pushing forward a clean air agenda / future.

One such initiative is ULEZ (Ultra Low Emissions Zones) popping up around the globe, most notably London in 2019.

So how will this impact your business, and what are the alternatives?

When does it start and what are the requirements?

The latest charging zones are set to kick in 8 April 2019 and are the most significant changes since the original congestion charge started back in February 2003.

ULEZ set stringent guidelines for both cars and vans within London, to be exact, petrol cars that don’t meet the Euro 4 emissions standards and diesels that don’t meet the relatively new Euro 6 emission standards, anything outside of this will have an additional £12.50 on top of the already £11.50 charge.

The ULEZ will replace the new T-Charge which will come into place in on the 23rd October, and will charge pre Euro 4 vehicles with an additional £10 to use the congestion zone.

Unlike current charging, the new charges will apply 24/7, so there will be no escaping the additional cost by using out of hours, and if that wasn’t enough it’s set to expand everywhere within the North and South Circular roads.

What are my options?

We are already speaking to Trades people, Directors, and fleet managers about how to navigate the upcoming changes,

Euro 6 TDI, still the best option out there, these engines are not affected by the ULEZ, they provide decent MPG and more importantly meet the current emissions levels, and with a wide range of models / Engines, they really are the best choice for anyone looking to upgrade their current van.

But the zones will change, I hear you say.

Of course, however, that’s the benefit of leasing / contract hire.

Have you noticed how every couple of years the Government changes tack, back tracks on policy, or finally catches up with the rest of us?

It doesn’t seem that long ago they were ‘pushing’ diesel vehicles.

With Leasing or contract hire, you can simply upgrade your van every 2-3 years, we’ve previously discussed the benefit of leasing here.

Some of the most popular vans include:

So what are my other options?

As it stands Ford, Volkswagen, Mercedes, Renault and the other manufacturers have yet to provide a real alternative to the trusted diesel van.

Seems like they are late to the party, falling behind the much praised Tesla batteries (though to be fair, not many would spend £65,000+ on a 300 mile battery van) 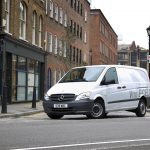 One of the few manufacturers who provide a mid sized van, however with a range of 80 miles, it may not get you from A to B. 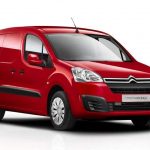 Citroen have taken the very popular Berlingo and made an electric version, makes sense, on paper, however like the Mercedes-Benz this small van is potentially only suitable for London congestion driving / congestion charge, with a range of 105 miles, top speed 70mph it fails to live up to to its internal combustion engine counterpart.

A manufacturer who has shown perhaps the most guts when it comes to electric vehicles, (look at Renault Zoe and the latest Renault Zoe with 250 miles ranges)

However, both their vehicles are sub 200. 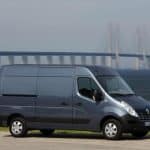 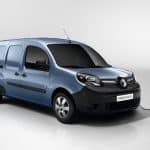 The best range of the lot, 167 miles. perhaps for those in the inner city, a real alternative for those looking for a small van?

In a recent blog post we discussed the upcoming Volkswagen Transporter TSI, however, these will be in limited number and arguably you’d still be better off with the EURO 6 TDi engines (except the ULEZ).