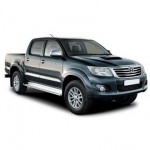 If you are looking for a tough and versatile vehicle, they don’t come much tougher than  Toyota Pickups.

Toyota Hilux Truly Invincible? The Toyota Hilux is one of the world’s most popular pickup trucks – there are several different versions worldwide but the concept is always the same: they are built to last with high quality Japanese electronics and engines built for high mileage. The latest generation of models are very comfortable inside and pretty sporty looking too. 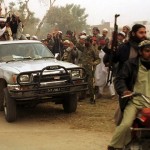 Likely because of their excellent build quality, adaptability, mobility and damn-right toughness, the Toyota pickup has proved popular with rebel groups (and those countering the rebels)  in war-torn countries since the 60’s. Not too mention the availability and cost effectiveness versus purpose built military or heavy armoured vehicles.

Back in 2003, BBC’s top gear did a feature on the Toyota pickup which spanned several episodes in which they took a used Toyota Hliux and crashed it, attacked it with a wrecking crane and let become totally submerged in the sea… Yet only with only the replacement of a few disposable parts, was still fully operational in no-time. Toyota seemed rather proud of this TV appearance and gave it a mention in their history of the Toyota Hilux post on their blog. Jeremy Clarkson also drove a Toyota Hilux to the magnetic north pole, clearly an educated choice after their failed attempts to destroy one. The medium sized van from Toyota is named the Toyota Proace.

One of our Swiss Vans team also recently travelled to rural Thailand, where a 25+ year old Toyota pickup is still in use for farming, apparently without ever being properly serviced and is still able to do what ever is called upon it, such as transporting groups of labourers or fully laden with harvested crops. 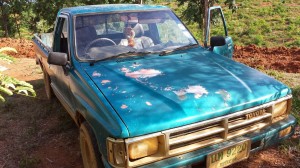 The Toyota pickup is one of the most popular vehicles in Thailand due to their low cost and longevity. They seem to prefer to overload pickup trucks or retrofit them like Lutons than to buy bigger trucks.

We recommend pickups for people who need to carry lots of different types of loads or go on out door activities (but don’t have the need a full size truck or tipper). You can carry a lot more varied loads in a pickup than you can in a car or panel van. E.g., Rubbish, building or garden waste, lawn mowers or gardening equipment, surf boards, kayaks or a small boat, camping gear, lots of kitchen sinks or even just the shopping.

Here at Swiss Vans we have Toyota pickups available to buy or contract hire. Available in 4×4, double cab or single cab and with lots of extras available – there is a Toyota Hilux to suit every business or recreational need. See our range of Toyota Hilux Models here: https://www.swissvans.com/van/view/toyota-hilux-64-lease_hire

Toyota Hilux – has come in many variations over the years: 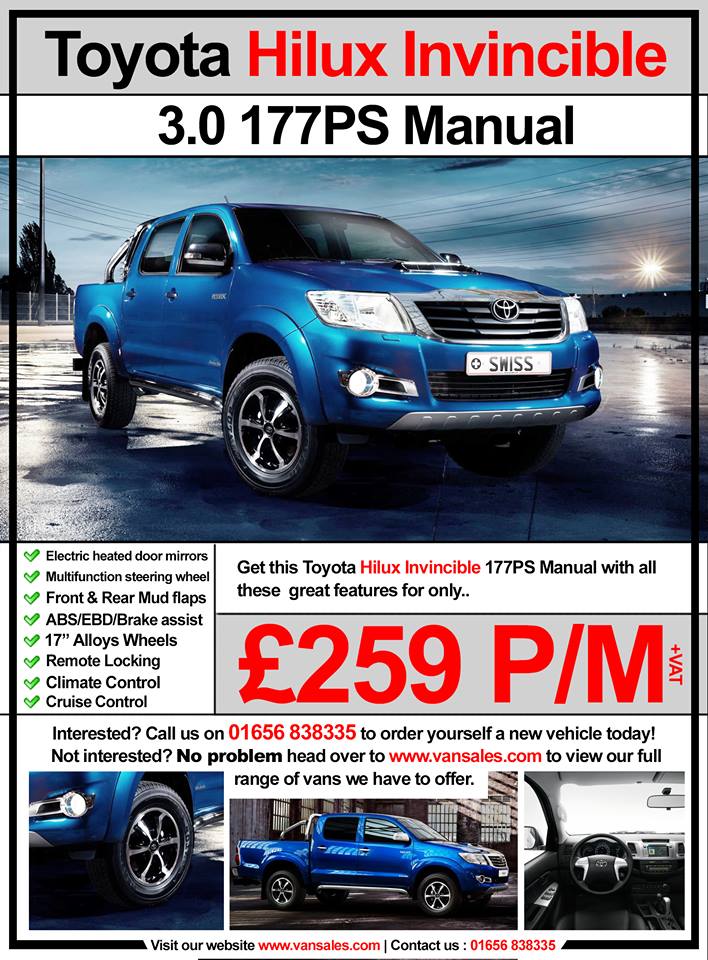 Please note our prices change regularly, please call for latest pricing as the above deal may be out of date.