4×4 Sales Soar thanks to Flooding

4×4 Sales Soar thanks to Flooding

4×4 Pickups seem to be hot property at the moment thanks to the British weather.  Andrew Chapman of Car and Van News reported that selling prices for used Pick Up Lease pickups have jumped by more than £1,100 in the last three months, with them almost equalling and in some cases exceeding the prices of new ones.

This is partly due an increase in demand.  A nasty run of winds and floods has left big chunks of land soggy and unpassable, this has been exacerbated by low stock levels and long waiting lists on new pick-ups.  Some models are incredibly difficult to get hold of.  Generally, the higher spec and most expensive vehicles are the ones with the most demand. 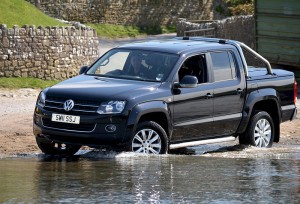 Tim Naylor of leading vehicle auction company, British Car Auctions (BCA) advises buyers forced to spend more money on their 4×4 to go for the best specification they can afford, as this will help the vehicle retain its value in the years ahead.

“Alloys, leather interior, air-con and sat-nav are all desirable, while more ‘rugged’ accessories such as mounted spotlights, running boards and winches can drive prices up too.”

Why buy used if you can get new for the same price?

Of course this trend in used vehicles is great for owners of 4x4s who want to see their van hold its value.  However, it is worrying when auction prices are so close to new, with none of the benefits such as low rate leasing, dealer warranty and servicing and peace of mind.

For business users a new van on lease is always going to be more tax efficient, you have a long dealer warranty for peace of mind and you have no history to worry about.  With lease rates as low as 1.5%, why would you risk your business on buying used?

The answer in many cases is simply a lack of available vehicles from most main dealers – nobody wants to wait 6-12 months for their pickup.

Swiss Vans has what you need – brand new and in stock now!

Thankfully, Van Leasing planned for Winter and ordered their 4×4 stock well in advance, with plenty to choose from: 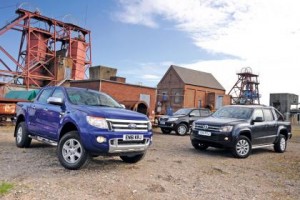 We also have access to other brands via our huge network of suppliers which means we can normally source more quickly than anyone else, so if you are considering buying a used van to beat the queue, give us a quick call first as its likely we will be able to help!