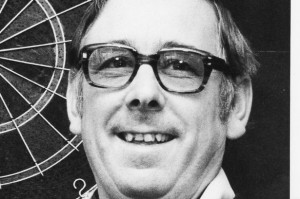 If your van does not have adequate rear visibility, it is now categorically your legal duty to take steps to protect people and property when reversing.

Small business owner Mark Walker was fined £7,500 by Reading Crown Court and ordered to undertake 250 hours of community work after being found guilty of two separate breaches of the Health and Safety at Work Act 1974 when he accidentally reversed into a customer in his van. He is also liable for £75,000 in prosecution costs, which will be covered through insurance.

The customer, a former pub landlord Frederick Gleeson, 79, from Staines, Surrey, sustained fatal head injuries in the incident at Complete Car Care on Welley Road, Wraysbury, on March 12, 2012, which occurred after he dropped his car off to Mr. Walker to have an oil leak checked.  Mr. Gleeson was still on the driveway when Mr. Walker reversed his van, which collided with him.  Mr. Gleeson fell to the floor, hitting his head on the driveway and despite being rushed to Wrexham Park hospital, he died later of his injuries. 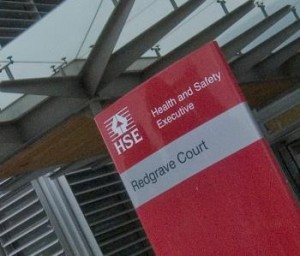 An investigation by the Health and Safety Executive (HSE) identified that Mark Walker had no system in place for safely managing the movement of vehicles, particularly reversing vehicles, in his yard and had no direct rear visibility from his vehicle, and was not using the rear monitoring camera that had retrospectively been fitted to the vehicle.

The HSE decided that Mr. Walker should have either:

He took none of these precautions and despite there clearly being no intention on Mr. Walker’s part to cause harm and the death being entirely accidental, in his summing up, the judge ruled that Walker’s breach of duty was a direct cause of Gleeson’s death.

After sentencing, HSE Inspector Nigel Fitzhugh said: “Mr Gleeson’s tragic death was entirely preventable, and could have been avoided had Mark Walker taken precautions before reversing his van.

“Managing the movement of vehicles at his premises was entirely his responsibility and it is clear there was no system in place to control this.

“Pedestrians and vehicles should always be segregated, and if that cannot happen then other precautions should be put in place.

“On this occasion that should, at the very least, have included checking the rear of the van before reversing with assistance if necessary, or putting in place a system that meant he did not have to reverse from his premises, neither of which happened.”

Both Mr. Walker and Mr Gleeson’s heartbroken family have to live with the consequences of the entirely preventable accident which cost a popular former pub landlord his life.  Daughter Sarah Goode spoke to the Herald & News on behalf of the family.

“We are just relieved he [Walker] has been found guilty and is finally going to be making some changes, which is good.  It’s been a real stress. It could have been resolved so much sooner.  2012 would have seen his 80th birthday”

If you own a business, the HSE are happy to provide free information on safely managing workplace transport – they can be found online at www.hse.gov.uk/workplacetransport.