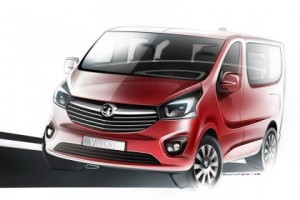 The new Vauxhall Vivaro model is set to be released later this year. Automatic Vans For Sale The Vivaro will be challenging other medium sized vans on the market, like the Transit Custom, Mercedes-Benz-Benz-Benz-Benz Vito, Citroen Dispatch and Volkswagen Transporter. It will be replacing the previous Vivaro model, which has been on the roads for 12 years. Dropside Vans For Sale

The new Vivaro will be packed with added features to make your driving experience more enjoyable.   . This will include numerous intelligent storage facilities. The functional interior has a stylish design, made to make life easier. The exterior will feature 16” alloy wheels, light rear body-coloured mouldings, mirror housings and a bold logo on the front. Sportive
is best sold on finance lease

Vauxhall vans is the United Kingdom’s number one van manufacturer, building 44,000 units in 2013 at its factory in Luton. The current Vivaro model sold 18,180 units in the UK last year with a 34% year-on-year increase. Approximately 40% of the parts for the new Vauxhall Vivaro are being sourced locally. This is excellent news for the manufacturing industry in the United Kingdom, resulting in more than 1,200 employments in the Luton area in plant and plant associated agencies. Vauxhall Vans

Keep an eye on the Swiss Vans page, as soon as we have more information on this exciting news we will share it with you.

Swiss Vans is based in Bridgend, South Wales – UK and has the combined experience of over 30 years in car and van sales; and specilises in business lease subsequently we have strong manufacturer and vehicle supplier connections. Swiss Vans is a national van supplier, one of the largest in the EU. Its one of our most popular van lease deals at the moment at Swiss Vans