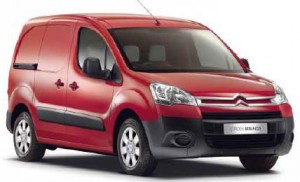 In great news for the industry sector, the registration of new vans throughout 2013 grew by 13.1 per cent, compared with the new car market up by less than  11 per cent.  It is the best performance since 2008 for the Light Commercial Vehicle sales sector and all points towards a storming 2014!

End of Year was Busiest

The end of 2013 saw the busiest time for new van dealers – according to figures from the Society of Motor Manufacturers and Traders (SMMT), figures in December soared by 32.5 per cent, following November results almost 20 per cent up.

Lorry registrations have also risen 23 per cent.  All in all it was a very positive end to 2013 for the commercial sector.

“The 2013 commercial vehicle market rose 14.7 per cent, making it the best performance in the last five years, van owners and operators responded positively to the wider economic recovery finishing the year more than 13 per cent up on 2012.” Automatic vans for sale also went up but by a much higher percentage

Mike Hawes also expressed confidence in the continued growth of the sector in 2014:

“We expect the forthcoming launches of several new light commercial vans to deliver further growth in this important sector,”

Ford’s Transit remains the light commercial vehicle market leader, as it has done since the first version was launched in 1965.  According to Ford the combination of Transit and Transit Custom van sales increased by more than 11.0 per cent, from 52,441 in 2012 to 58,446 in 2013.  The Transit Custom sold 10,939 in its very first full year.

According to the Society of Motor Manufacturers and Traders (SMMT) figures, total sales of Ford Commercial Vehicles were up from 66,457 in the whole of 2012 to 72,238 in 2013, and with the launch of the new Transit Connect and the new Transit models, 2014 can only continue this trend.