“It’s the most practical one-tonne panel van yet. Feels great to drive, even better to look at but more importantly, the Custom has some very thoughtful additions which will make your ownership and time on the road in the van so much more enjoyable.”
The ford transit custom double cab 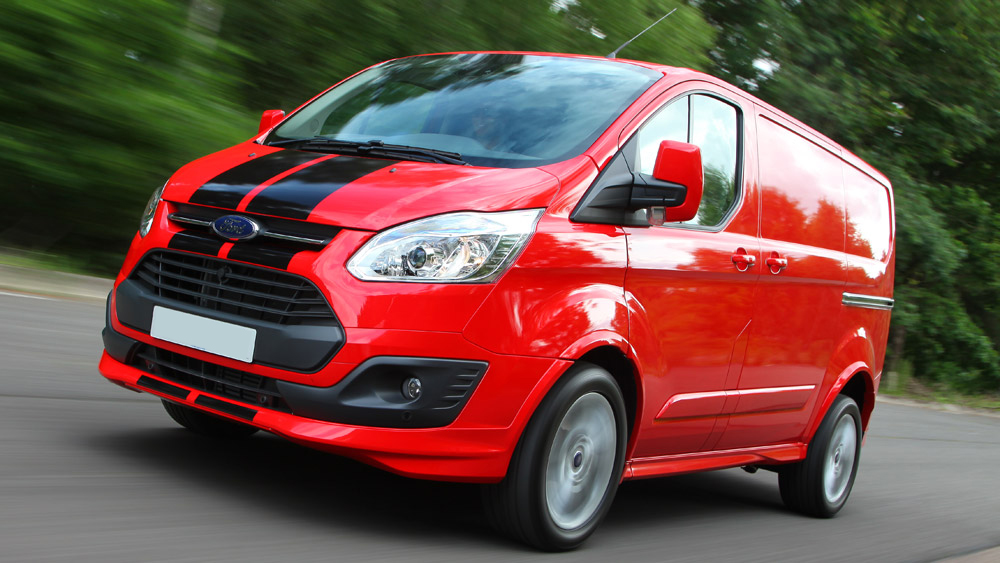 Gone are the boxy looks of the old Ford Transit Custom For Sale . Instead, the Custom has rounded edges and more flowing lines. One key design change is the rear headlight stacks which make the Custom look far more modern – and makes it more competitive against rival vans. If you go for the new transit custom Base trim – which will be the big fleet seller – it’ll come with plastic guards around the sides of the bodywork to protect it from scrapes. There’s a choice of nine different colours giving you the opportunity to make your ford transit unique. Ford Transit Custom Tourneo is the same vehicle with 8 or 9 seats
Sport

The two test vans that were drove were in the Limited trim, which is the mid-range, but the Base trim is still very, very good. Gone is the chunky dash, replaced with one that looks like it’s straight out of the Ford Focus. There’s a large cup holder for the driver and passenger and both get a scooped bottle bin for alarge drinks bottle (not all vans have this). The middle seat folds down to reveal a desk for writing on plus there are two more cup holders. There’s even a sunglasses holder in the roof and two coat hooks to the left of the driver’s shoulder – a nice touch for the Ford Transit. 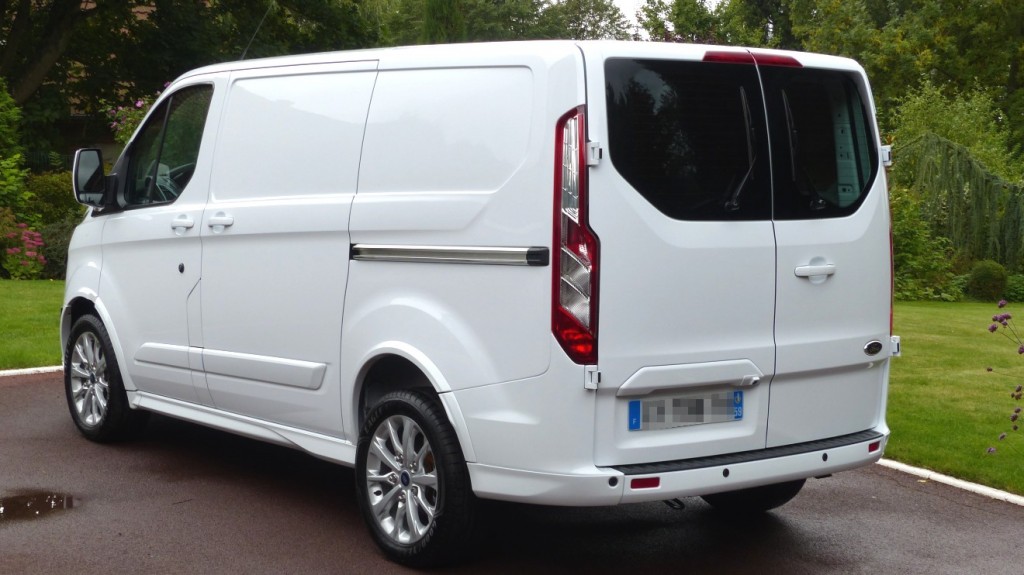 Finally, the rear of the van is going to get filthy whatever you use it for. Just as well that Ford has put an easyclean vinyl floor in the back as standard for the Ford transit. Don’t forget the option to add a roofrack. It can carry 130kg of stuff and when not in use it folds down into the roof, to improve fuel economy and reduce wind noise. 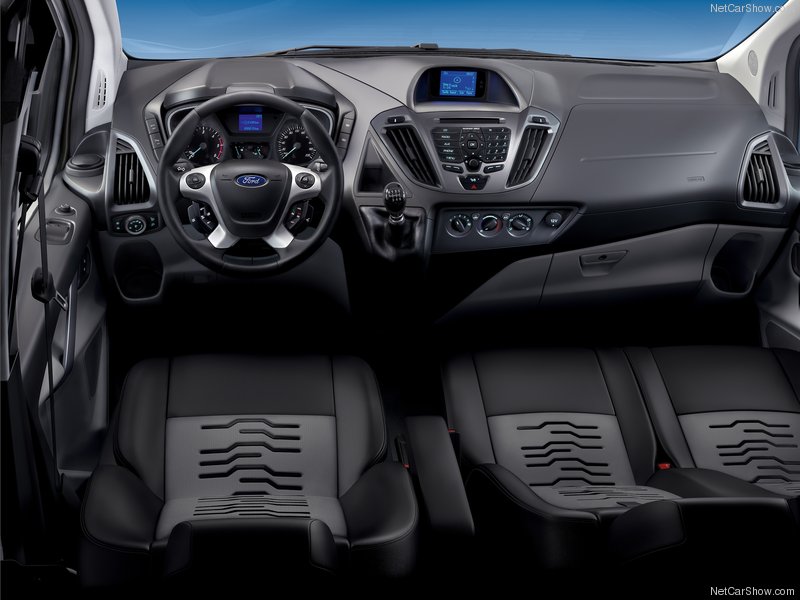 “Because you want a van that has proved itself as the backbone of British business for over 47 years. It’s now got even better. Little wonder it was awarded the International Van of The year 2013. It’s a one-tonne panel van that’s not only very practical, but great to look at and even better to drive.” 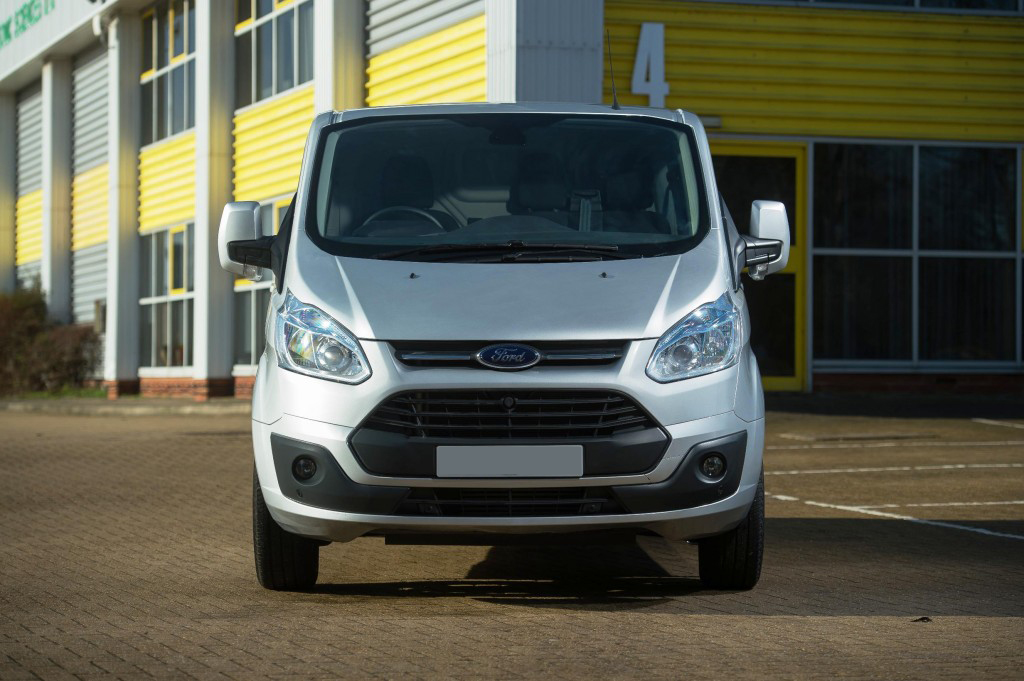