While van sales in the UK may be soaring,  production of British Built vans is continuing to fall.  Latest figures from the Society of Motor Manufacturers & Traders (SMMT), showed that UK production of commercial vehicles had dropped by almost 22 per cent in 2013. Try a VW Caddy Lease

SMMT chief executive Mike Hawes doesn’t expect to see any dramatic increase in UK production, but small crew vans for sale with the group blaming the lack of british-built vans on the  struggling economy throughout mainland Europe, transit dropside and manufacturers streamlining production.  eThe UK van industry received a massive blow in 2013 when Ford transit sport for sale  ended production of the Transit in Southampton.  Production has now moved to Turkey, where costs are “significantly lower” than in western Europe, according to Ford.  Vauxhall also manufacture their small ‘Combo’ vans in Turkey for the same reason, and the popular larger Movano is made in France. 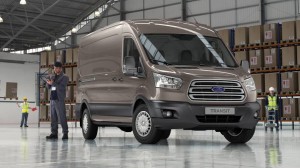 ‘This very difficult news shouldn’t hide the fact, though, that our automotive sector is doing well.

‘Britain is now a net exporter of cars for the first time in many decades. We are seeing other companies making big investments in this country.’

One manufacturer still able to call itself a maker of British Built Vans is Vauxhall.  They were the most successful British Van builder last year for the 12th year running, and celebrated booming UK Vivaro sales up 34 per cent year-on-year.

“We are delighted to be the UK’s leading van manufacturer for the 12th year running,” said Duncan Aldred, Vauxhall’s Chairman and Managing Director. “The Luton-built Vivaro is the lynchpin of our award-winning van range so it’s a fantastic way to round off our 110th Birthday celebrations.”

Swiss Vans are equally proud to wish Vauxhall a happy 110th birthday.  We supply the whole Vauxhall range, we’re proud to also be a British Company – and we couldn’t be happier to provide British-built vans under our Swiss umbrella!