IAN & VW AMAROK TAKE ON THE 4X4 HEAVYWEIGHTS AND WIN!!

Swiss Vans Managing Director, Ian is always up for a challenge, whether it’s the UK’s best price on a Volkswagen Transporter Van or keeping up with some of the more youthful members of our Van Leasing Sales Team! The replace to this truck was a Transporter T6 Tsi So, when some long standing friends of his questioned whether or not the Volkswagen Amarok was as good as the traditional 4 x 4 heavyweights such as the Land Rover Defender or the Cherokee Jeep, Ian didn’t just settle for a debate in the pub but took up the challenge of driving a VW Amarok on a week long mountain challenge through forgotten parts of the Pyrenees with Lost World Adventures.

Ian’s journey started by travelling to France via ferry, where he met Gary from Lost World, as well as the ‘competition’, which comprised of Land Rover Defenders and a Cherokee Jeep. The first thing Ian noted was how much bigger and wider the VW Amarok was than the ‘competition’… despite that it was by far the best looking vehicle in an attractive shade of midnight blue (although as a keen Volkswagen T4 forum regular one could say Ian was rather biased!) However, the spirit among the 4×4 owners was very generous and the whole team entered the challenge with a great team spirit, co-operating to make sure the whole troupe of 4x4s made it intact across the difficult terrain. We are based next door to Bridgend Ford

Those of us who work for Ian know he is pretty demanding and on day one, as he settled into Domaines des Chapelles for a comfortable nights sleep, (in a hotel rather than the campsite!) he managed to find a fault with the VW Amarok – telling the world on Swiss Van’s Facebook page that the factory fitted CD system was not up to the spec of the one Ian has in his own car! (A Pioneer system supplied by SwissVanTek). Its better than a ford transit lease anyway

Still, Ian obviously didn’t have much to complain about – after just one day of driving the VW Amarok, Ian got on his telephone and ordered about 100 of them ready to supply to eager Swiss Van customers who are keen to avoid any business disruption during the snow predicted this Winter! No doubt Ian will be advising all of them to upgrade to the Pioneer, he seriously missed his ipod. I have visions of him driving at home around the Vale of Glamorgan singing loudly with a Yorkie bar in his hand!
Its very different to his VW Caddy Lease

Making his way up to the 7000ft mountain ski resort on October 21st obviously convinced him of just how good the vehicle really was. By the time Ian reached Andorra, any complaints about the sound system were long forgotten as he settled into a tiny town with incredibly cheap duty free – and thereafter the real adventures began! As they reached there, climbing up an ancient smugglers track, Ian posted on the Swiss Vans Facebook Page it was ‘starting to get scary” due to the tight corners and the massive sheer drops as you struggled around them!

Ian certainly felt that driving on rough terrain was far easier in the Amarok than for the other vans, where the other vehicles in the convoy struggled on some of the rougher paths, the VW simply glided over the rocks – tyres intact! The gear system was ideally suited to the terrain, where the Landrover drivers were having to change gears every two seconds, the VW was as simple as selecting ‘drive’, and the Amarok did all the hard work. It made going 4×4 off roading seem more like a drive into town – so long as a) you could fit through some scarily narrow gaps, and b)you didn’t look down!

The cliffs certainly earned the respect of the 4×4 drivers, more than a handful of smugglers surely met their end along the route, and its certainly not one you would have attempted without a 4 x4.

The challenge continued as the 4×4 convoy made a slow trek up another old smugglers track into Spain, and the VW Amarok continued to sail through the stream crossings, making light work of steep climbs and gliding across the rough terrain even when some of the other vehicles struggled. However, one particularly nasty rock slowed it in its tracks (the other vehicles had avoided it due to their being much smaller), and the spirit of the 4×4 challenge was quickly shown as everyone jumped out and the whole team physically dug out the intruding boulder (far easier than trying to traverse it and risking a nasty drop on the opposite side!)

The last two days mostly included stocking up on duty free and taking a far more gentle route home. As the number of fans of the Swiss Vans Facebook Page soared as Ian told his tales en route, Ian prepared to say goodbye to his new 4×4 friends. The other challengers left expressing their newly found admiration for Ian’s VW Amarok. I should add very quietly that ‘Ian’s’ Amarok was actually borrowed from his friend Steve at Greenhous and he hadn’t mentioned exactly how ‘off road’ the off road challenge was…… ooops!

As Ian battled the traffic on his way home to Wales I’m guessing the cost of a full valet was on his mind, while the Amarok is a truly awesome 4×4, Volkswagen have yet to devise a means of making it self-cleaning! 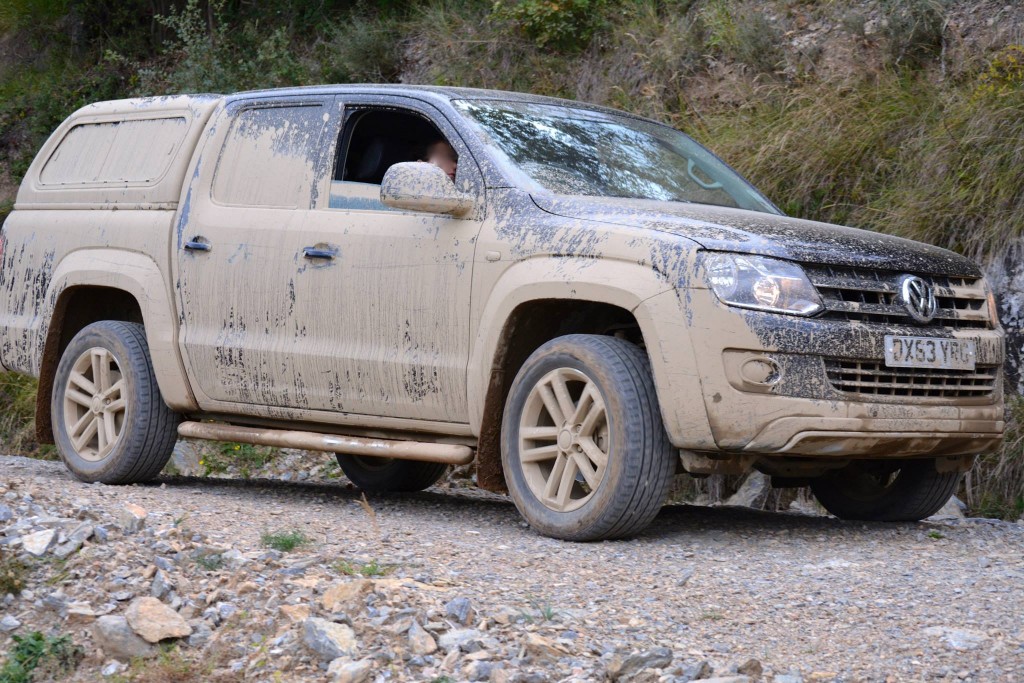 Now… how does Ian explain this?

However, a day later, and a few apologetic phone calls, the van was outside the Swiss Vans office, sparkling clean with barely a hint of the mammoth adventure it had just undertaken – and, (at the risk of incurring the wrath of every guy in the office who think that women are vain creatures who obsess about looks and colour!) I’m still going to say that for a big, beefy 4×4, its still a really good looking vehicle.  (And for those who really would like to see more images, you will find masses of them on the Swiss Vans Facebook Page!)

UK Weather… storms…. Snow? Bring it on!   After the dirt tracks of Andorra, the Vale of Glamorgan will be a breeze! 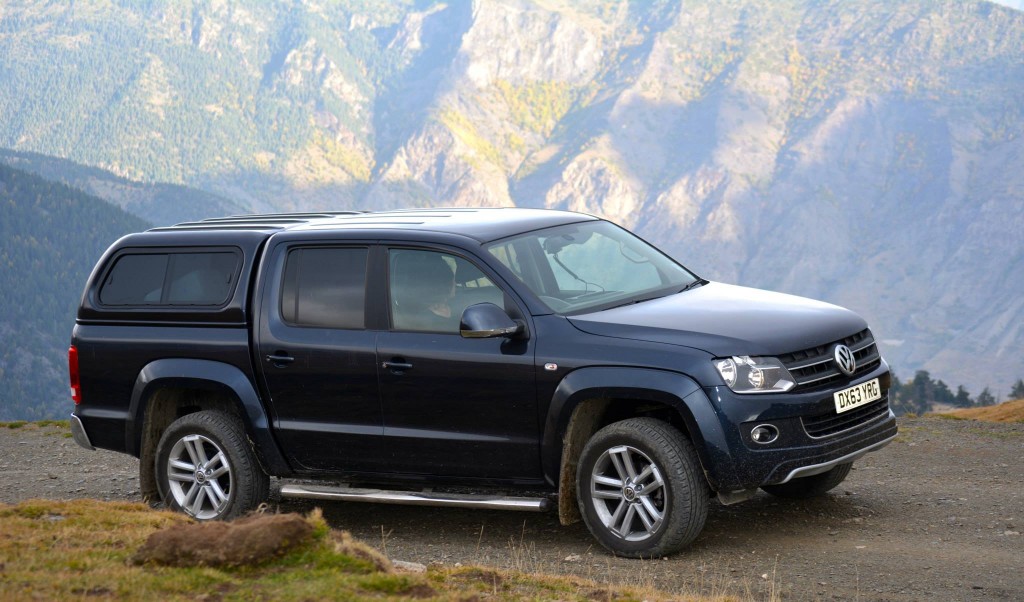